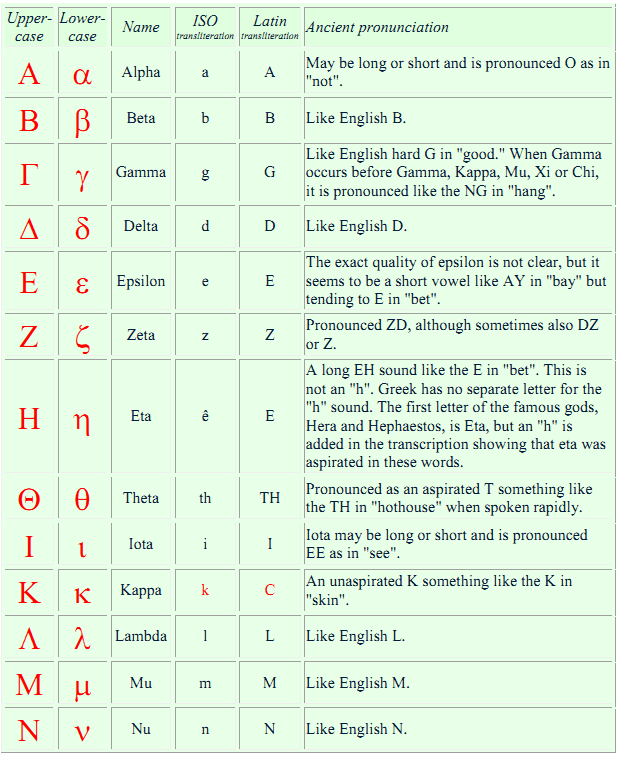 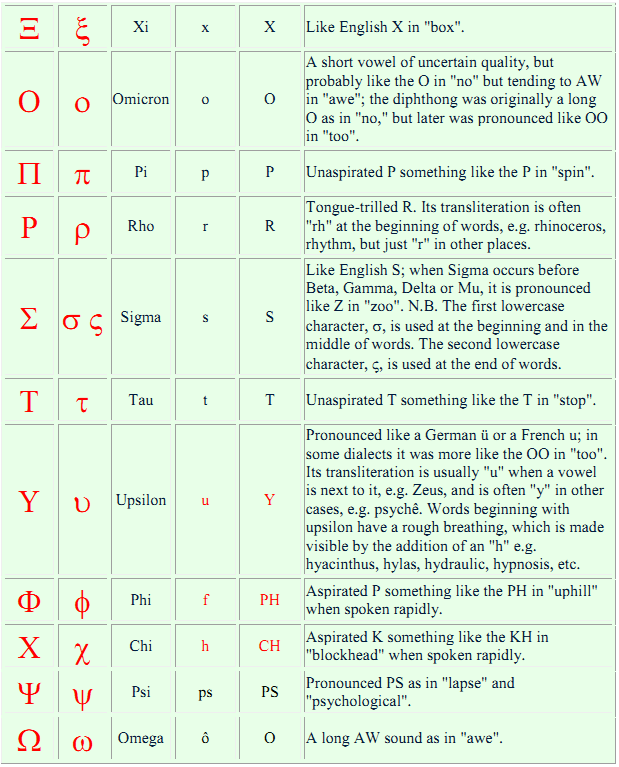 If you don't see the Greek characters, you need the font file named "Symbol", which is in the standard package of many versions of Windows and Mac OS. Two Mac users have reported that their browser, Safari, does not display the Greek letters, but with Internet Explorer it works.

The ISO translation for eta and omega requires a bar instead of a circ accent, but fonts with bars are quite rare. The Latin translation is the one that was used by the Romans.